The Lirone is a special interest of mine!

The lirone or the lira da gamba served especially as chordal accompaniment in the time of Monteverdi. Due to the very flat bridge, 3 to 5 strings are played simultaneously.

Here is a short video clip to get an impression of the lirone. Matthias Müller with his lirone made by me quite some time ago.

In German only, sorry! 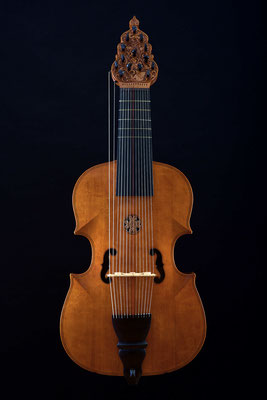 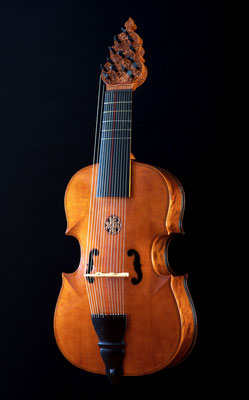 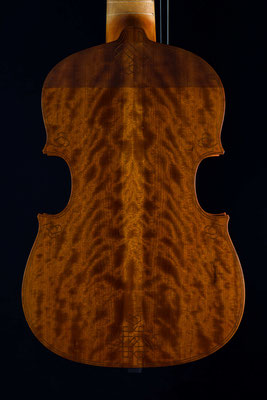 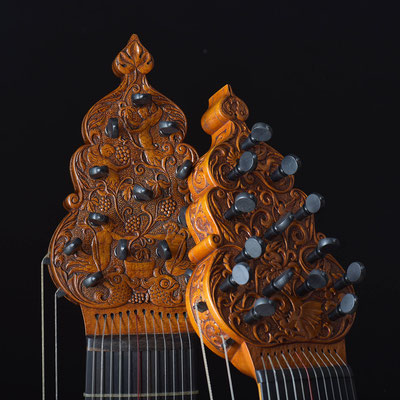 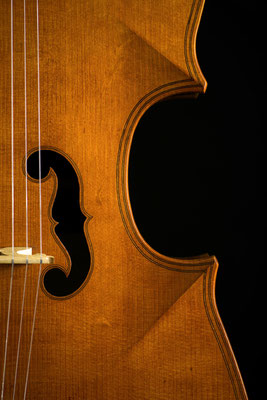 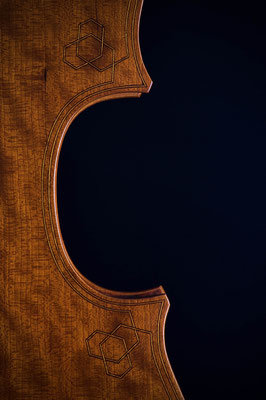 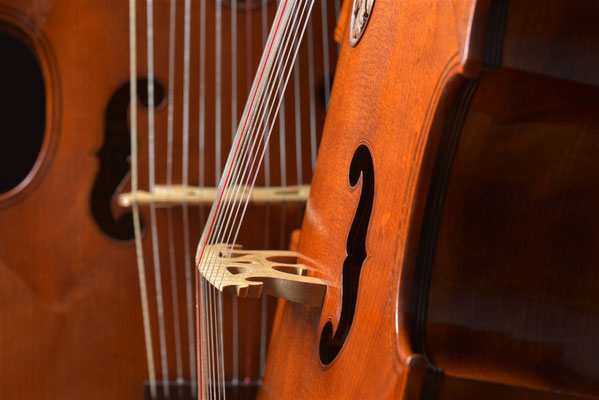 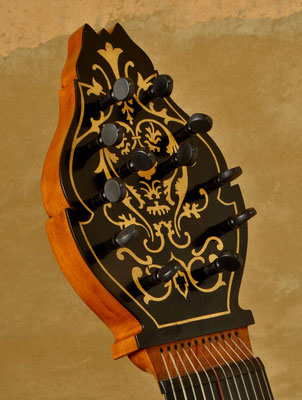 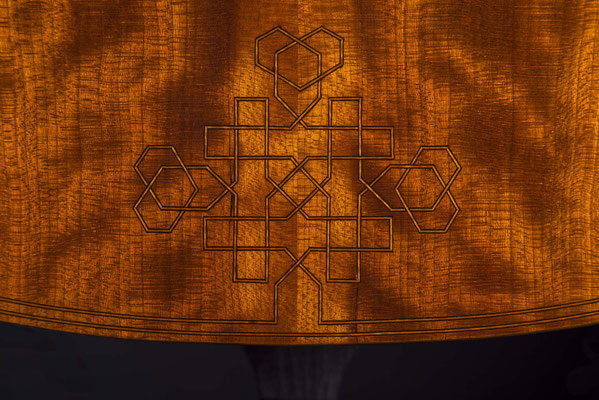 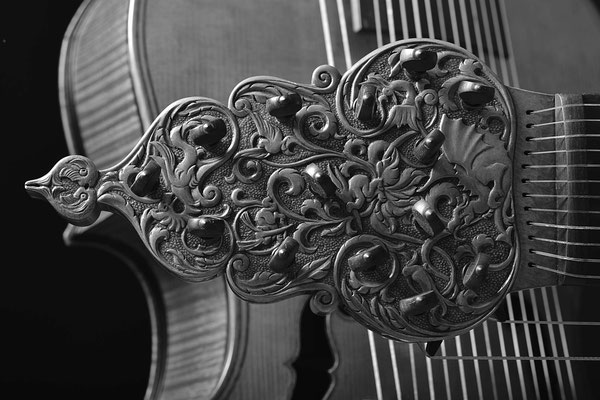 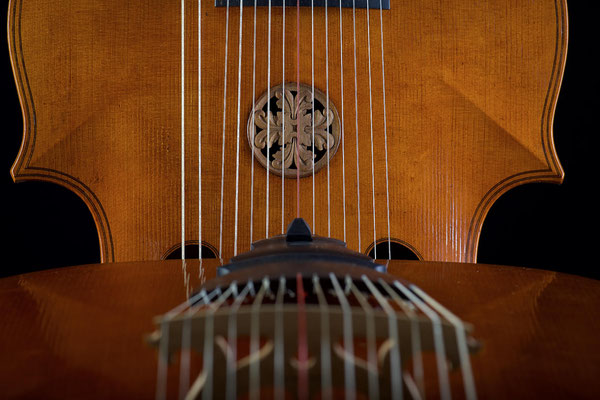 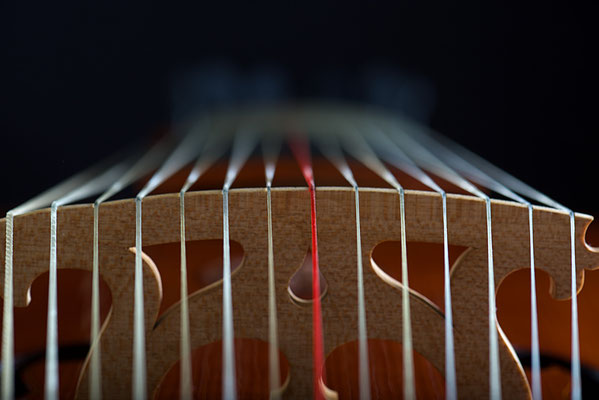 My lirone is based on an instrument by Antonius Brensius, Bologna 1592, which is in the Musikinstrumenten Museum in Leipzig. This instrument I find ideal as a starting point for a lirone because of it's wide, but short, body. I arrived at a string length of about 54 cm by examining the remains of another lirone, which is in the same museum.

I have build this instrument with between 12–15 strings, according to personal preference. With or without the two strings running of the fingerboard.

' Henner's is the fourth lirone that I have owned over the past 20 years and it is definitely the most beautiful and flexible one that I have ever played; it easily responds to all variations of pressure and bowspeed, making the mesa di voce, the esclamazione, the piano and all other nuances effortless and three-dimensional. Especially unique to this instrument is its 'throaty' quality, as if it has a real voice, something that is essential for an instrument whose main role is to accompany singers.' [Erin Headley]